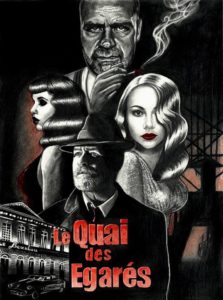 The volunteers were able to gather around Clément Bernard (director) and his team for a weekend to finalize the second part of the filming which took place at the “Cochon qui fume”, a cabaret in Le Havre.

CIS Services was able to attend the filming and get back in the 50s. The short film is currently being edited so we can not reveal more but what is sure is that we look forward to the result.